If you like this recipe come back on www.happystove.com and rate it!

Choux Pastry Dough is a light dough that is used to prepare sweet treats such as cream puffs or profiteroles, croquembouche and eclairs. With its delicate flavor, the Choux pastry dough can be also used with savory fillings for delicious appetizers. 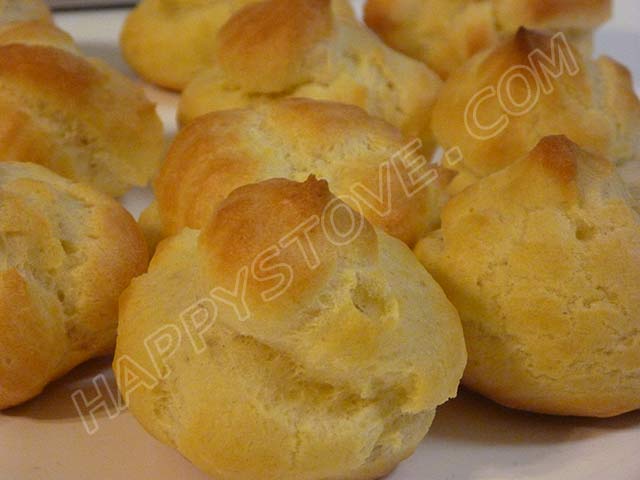 To browse other recipes using that ingredient click on the 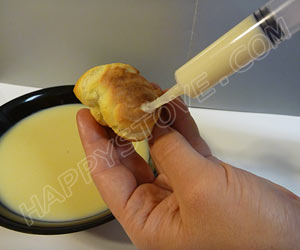 First Step: Preparing and Cooking the Choux Dough On The Stove Top 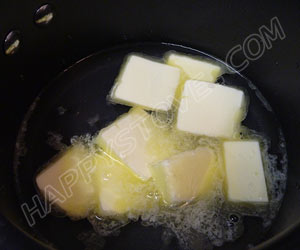 In a pot, bring to boil the water with the butter in pieces, the sugar and a pinch of salt.

When the water starts to boil, remove from the heat.

Sift in the hot water the flour, stirring vigorously to avoid formation of lumps.

Reheat again, this time at low heat. Stir continuously until you obtain a smooth and creamy dough that will start detaching from the pot walls. 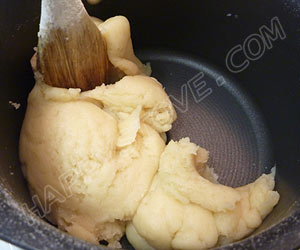 The dough is ready when it starts attaching to the bottom of the pan. Remove from heat and let cool completely. 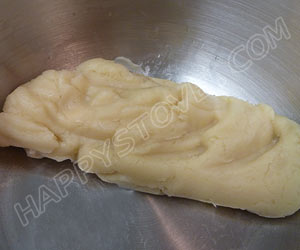 When the dough is completely cooled down, mix using an electric mixer with the 4 eggs, added one by one. Don't add another egg if the previous one has not been completely and homogeneously incorporated in the dough.

Second Step: Baking the Choux Dough in the Oven

Below is shown how to prepare simple Choux dough pastries by baking it in the oven. Many classic recipes such as the one to prepare Beignets require to fry the Choux dough Instead. 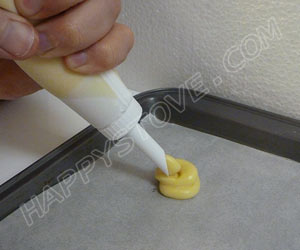 With the use of a pastry bag (piping bag) with a 14mm round tip, lay some of the choux dough on a baking tray, greased or covered with baking sheets. For profiteroles, pipe the dough in rounds a little larger than a quarter. For eclairs, pipe about 3-4 inches long strips of dough on the baking tray.

Keep the choux dough rounds or strips far away enough to not touch while rising in the oven.

Place the baking tray in the oven, preheated at 430F. Bake for 15 minutes. Don't open the oven, to avoid spoiling the rise of profiteroles or eclairs.

Reduce the temperature in the oven to 375F and keep baking for additional 10 minutes.

After the 10 minutes have passed, turn off the oven and open partially the door to let the baked pastries to cool down slowly. This will help to keep your Choux popped.

When the puffs are cool, you can fill them with cream custard, Chantilly or whipped cream or with salty sauces such as flavored bechamel.

Choux Pastry Dough is tagged as:

Bechamel Sauce (Italian: Besciamella) is a traditional milk creamy sauce, used as base for...

An original mix of flavors in this chicken with coffee sauce recipe. The spicy habanero...

Traditional dumplings recipe from a small area of the north-eastern part of Italy with...

An easy recipe for a perfect homemade Shortcrust (or pasta frolla), the base for many pastries and cakes, in particular for the crostata.

This Amaretti (Macaroons) and coffee cake is very easy and quick to prepare. Perfect for making a good impression on your last minute guests, this dessert is a delicious treat for your morning and afternoon break. Great with hot coffee or milk.

An easy recipe for shortbread cookies, ideal as a dessert or as a side for your tea or coffee time. 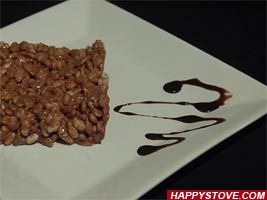 Rice Krispies and Milky Way bars Cake is an easy and delicious recipe for a no bake dessert.... 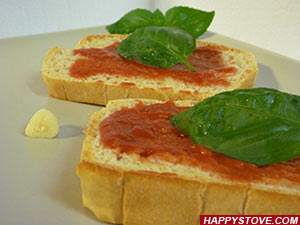 Tuscan Tomato Bruschetta is a very easy traditional Italian treat. The key for a great... 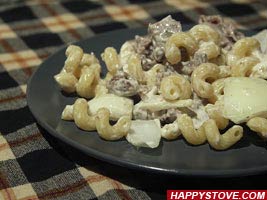 Mayonnaise and Beef Pasta Salad is a fresh and tasty recipe. Perfect to turn beef leftovers...